Kudos to Simplicity Parenting and the CCFC 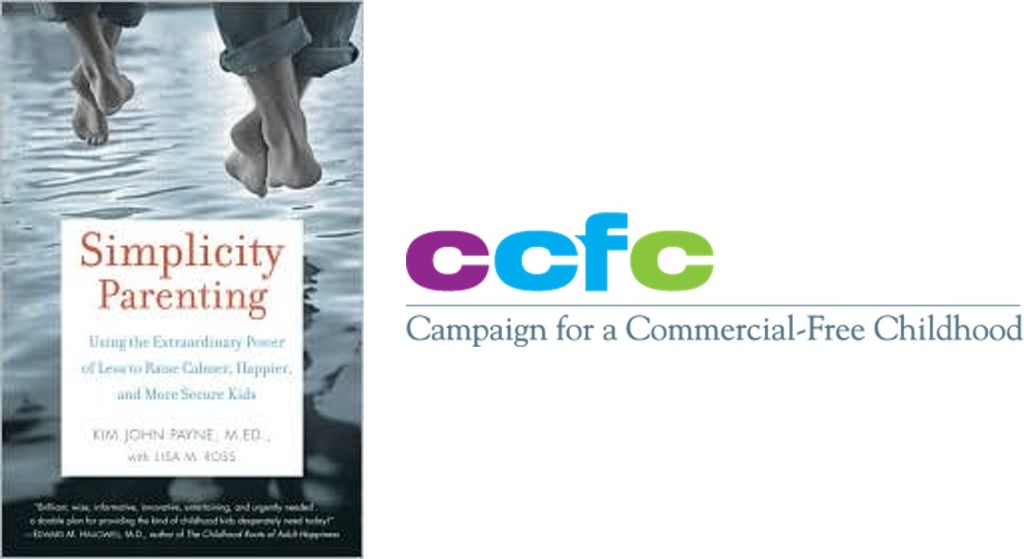 I was recently interviewed by Simplicity Parenting’s Traci McGrath for their e-magazine. One of the central tenets of Simplicity Parenting, as described by educational consultant Kim John Payne, in his book by the same name is “unplugging” in order to promote kids’ social and emotional intelligence.

Highlights of the Simplicity Parenting feature—which coincided with the release of “Wired Child”—include a look at a digital-age myth that is particularly harmful to children and families: the “digital native-digital immigrant” belief. This notion suggests that kids, by virtue of being raised surrounded by e-toys and e-devices, are capable of deciding how they should use video games and the like, and that parents and teachers are relatively clueless in an age when technology is king.

Nothing could be further from the truth. Parents (and teachers)—because of their more developed brains and greater life experience—are much better able to gauge how kids’ use, or frequently overuse, of technology can affect their emotional health and academic success. Parents, teachers, and others who care for kids must have the confidence to provide children, and even teens, guidance on matters of technology.

I’ve also had the opportunity to work with the Campaign for a Commercial-Free Childhood (CCFC), which recently highlighted the release of “Wired Child” in their newsletter. No organization works harder than the CCFC to bring attention to the destructive screen/tech environment that has enveloped this generation of kids.

The CCFC is calling attention to the pending release of the remarkably creepy Hello Barbie, which as the CCFC describes is “a Wi-Fi-connected doll that uses an embedded microphone to record children’s voices. Everything a child says will be recorded, sent over Wi-Fi, stored on the cloud, and then analyzed to figure out that child’s likes and dislikes.” The CCFC is asking that Mattel, makers of Hello Barbie, discontinue marketing and production of the eavesdropping doll. Yes, technology offers benefits for kids when offered at the right age, and when focused on productive uses. But Hello Barbie is reflective of the current kids’ tech environment. One which poses great risks and limited benefits.

Next post: Smartphones: Closing or Widening the Racial Achievement Gap?